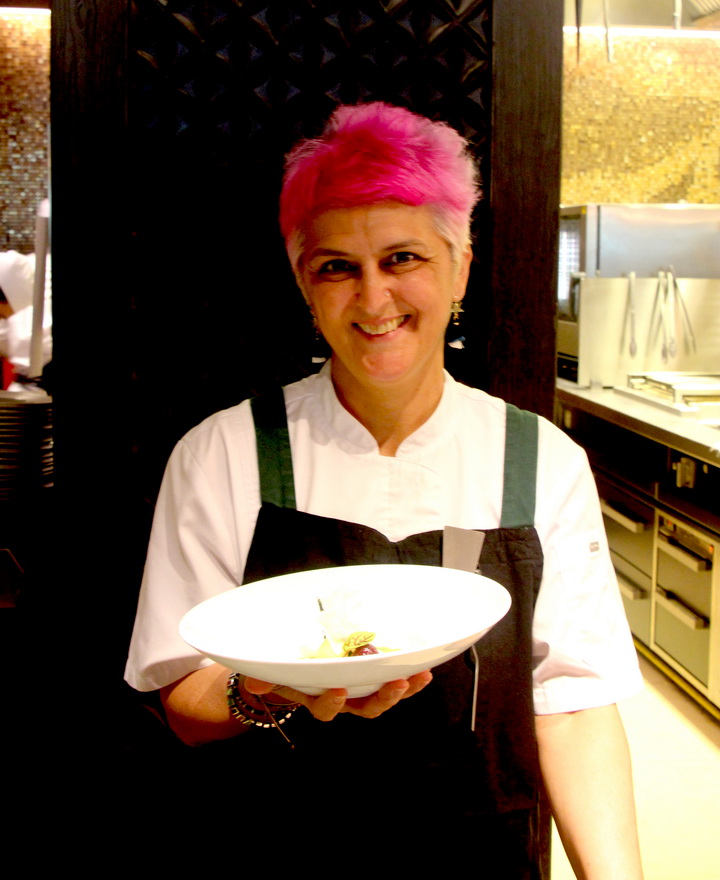 Chef Cristina Bowerman is an inspiration in the most male-dominated Italian world of haute cuisine. Respecting Italian traditions, she infused s crossbreed of styles and ingredients, much of which she picked up from Texas where she worked as graphic designer and Puerto Rica and through her experiences travelling,

Chef Cristina Bowerman is an Italian-born chef. She Originally studied foriegn languages and law, and worked as a graphic designer, before making the decision to become a chef. She studied culinary arts for two years at the University of Texas at Austin and trained at Le Cordon Bleu and began working as a chef when she returned to Italy in 2006.

In 2006, Bowerman began working at the Glass Hostaria restaurant in Rome and in 2010, won a Michelin star for her highly modern cuisine, and one of a select group of female to do so.