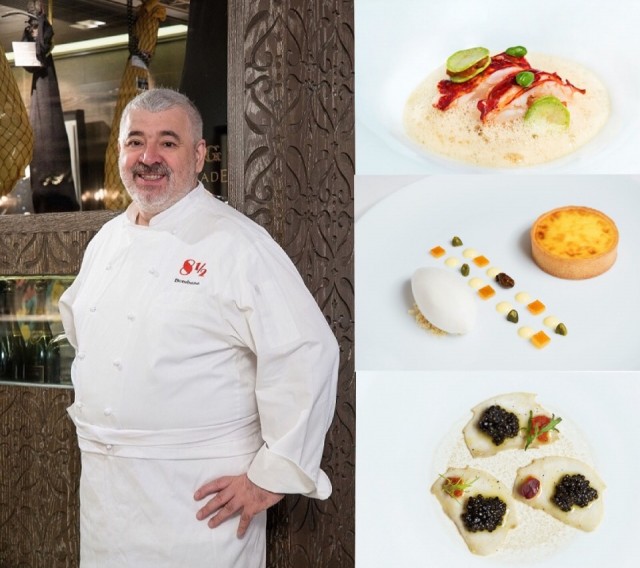 The event is part of the Fine Dining Lovers Guest Chef series initiated by S.Pellegrino, designed to demonstrate how the finest natural mineral water can be used to enhance the greatest of dining experiences. The series brings renowned chefs to Thailand from top dining destinations around the world, including Tam Kwok Fung, from two Michelin-starred Jade Dragon in Macau, and sushi-master Shinji Kanesaka, from Michelin-starred Sushi Kanesaka in Tokyo.

Hailed as “The King of White Truffles”, Chef Umberto Bombana delights the palates of the world’s finest gourmet. A native of Bergamo in Northern Italy, Chef Bombana’s talent and skills soon took him around the world, eventually arriving in Hong Kong in 1993 to open Toscana, which became an iconic destination of the fine dining scene for 15 years. Recognition for Chef Bombana’s culinary creations reached an unprecedented level of prestige when he was awarded the Best Italian Chef in Asia by the Italian Culinary Institute for Foreigners (ICIF) in 2002 and then Worldwide Ambassador of the White Truffle in 2006 by the Piedmontese Regional Enoteca Cavour in Italy.

In 2008, Chef Bombana began his most personal and distinctive project — 8½ Otto e mezzo BOMBANA. The restaurant name, selected personally by the chef as a tribute to his favorite Italian film director Federico Fellini’s 1963 movie “8½”, is a celebration of Italian lifestyle and art. In December 2010, the restaurant was awarded two Michelin stars after only eleven months of opening. It further achieved three stars in the 2012 Michelin Guide Hong Kong & Macau, becoming the first and only Italian restaurant outside Italy to receive such high recognition and since then, it has retained the honour for five consecutive years.

The menu Chef Bombana will serve at Le Normandie comprises a selection of his classic signature dishes including a Confit Abalone Carpaccio with sweet pepper, semi–dried tomato and Oscietra caviar. The dish makes use of abalone directly imported from Australia. In another signature dish, Chef Bombana will prepare Blue Lobster with basil rattatuia and seafood emulsion. The Blue Lobster comes from Brittany, a province of France well-known for exporting some of the best Blue Lobster available. Guests will also get the chance to enjoy Classic Warm Ricotta Tart with pistachio, candied orange and ricotta gelato. The Classic Warm Ricotta Tart features homemade fresh ricotta cheese made by using milk and cream imported directly from Sardinia.