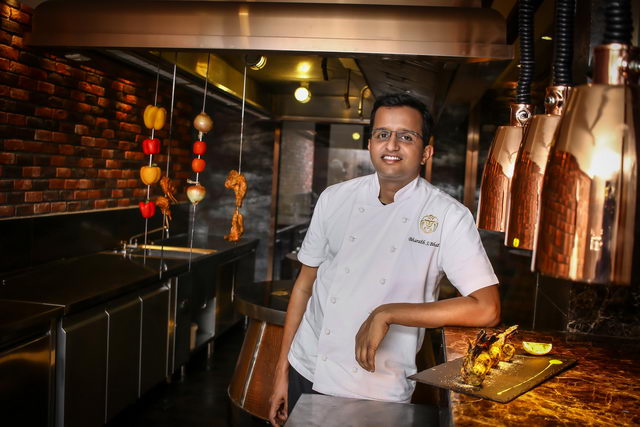 Born in 1980, in Bombay now (Mumbai), Bharath wanted to pursue a career in computer engineering, however due to financial constraints he followed his second dream and found a renewed passion in the culinary arts, he successfully applied to study at catering college in Institute of Hotel Management, Bangalore and did so from 2000 until 2003. Then Taj Group soon spotted his talent and determination and they recruited him as a Kitchen executive trainee in 2003. He got trained there for 2 years covering all aspects of Indian cuisine 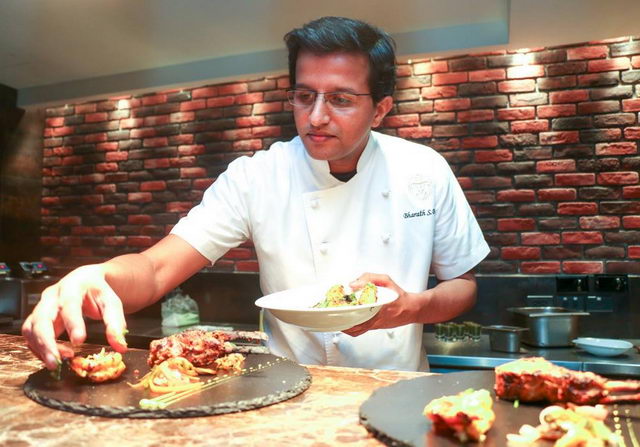 In May 2005, Bharath’s  love for travel got the better of him, and he joined the luxurious 5-star Grosvenor House in Dubai as a Chef de Partie before being promoted to Sous Chef for their 1-Michelin star “Indego by Vineet Bhatia” restaurant, a 110-seat F&B outlet which served contemporary Indian cuisine.  Almost spending 4.5 years in November 2009 his career took off as he joined the Armani Hotel in Burj Khalifa, tallest building in the world as the hotel’s Sous Chef for their Indian restaurant Armani/Amal, and then, in March 2011, joined as Chef de Cuisine at Le Meridien Hotel, for their Indian restaurant MAHEC. Bharath was a part of the pre-opening team for all these 5-star hotels. 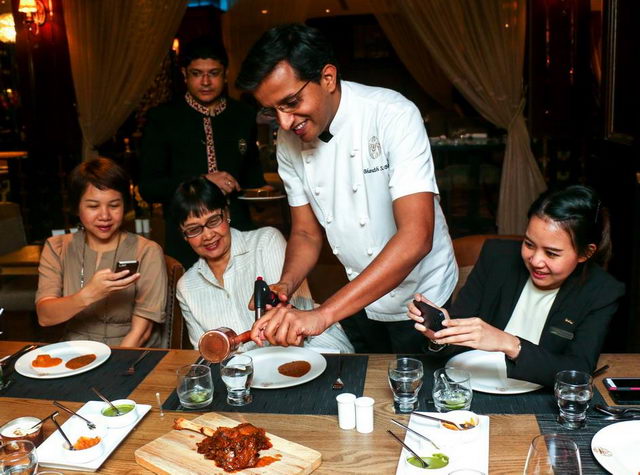 After spending 7 years in Dubai most important phase in  Bharath’s life , he moved to join the pre-opening team of St. Regis Hotel in Mauritius, and assisted Chef Atul Kochhar in opening his “Simply India by Atul Kochhar” 1-Michelin star, contemporary Indian cuisine restaurant in the hotel.   Bharath was responsible for menu design and implementation as well as the training of the Mauritian colleagues to cook Indian food.

It was not until March 2013 Bharath decided to return back to his motherland as the F&B industry was growing and he joined Lite Bite Foods Pvt. Ltd. as the Senior Executive Chef for the company’s fine-dining Punjab Grill restaurants, which at that time had 10 restaurants throughout India, and one restaurant in Singapore.  During this stint with Lite Bite Foods, Bharath received various accolades for Punjab Grill, which included ‘Best North Indian Restaurant in Pune’ by Time Food Awards for both the years 2013 and 2014, ‘Best North Indian Restaurant in South Mumbai’ by Time Food Awards in 2014, and ‘Most Admired Retail Brand of the Year – Dine-in Indian Cuisine’ by Coca Cola Golden Spoon Award in 2014.

His passion towards working in luxurious 5 star hotel in January 2015, he joined the luxurious Alila Diwa Goa resort as its Executive Sous Chef.

However, it was not long before Bharath’s love for travel got the better of him again and now to explore the other parts of the world he came to Bangkok, Thailand joined Punjab Grill in Radisson suites hotel.  Since September 2015, he has been responsible for sourcing the best quality local ingredients and produces for Punjab Grill’s dishes, design the menu and train the Thai colleagues and restaurant staff to ensure that the Punjab Grill, Bangkok continues to reflect and maintain the high standards of quality service and food for which Punjab Grill has been reputed.